Gone are the days when every child had married parents. The current diversity of family living arrangements has resulted in the court system establishing an alternative to a divorce proceeding, called a “non-dissolution ‘FD’ Case”  which is used by unmarried parents to:

The complaint is filed in the Family Court of the county in which the couple resides. Unlike married couples, unmarried couples resolve the issues arising in a non-dissolution complaint on a summary basis, with the assistance of a law clerk or a Probation Officer. If a mutual agreement on issues such as custody or the parenting time schedule cannot be reached, the parties will provide sworn testimony to a judge and the judge will ultimately decide.

NJ Custody Laws for Unmarried Parents: Who Gets Child Custody? 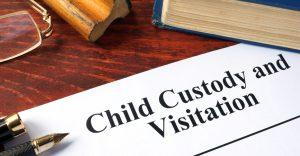 Although it should go without saying, under NJ law an unmarried mother is presumed to be the child’s mother. The mother has full custody of the child and can keep the child from the father unless both parents completed a voluntary acknowledgement of paternity at the hospital when the child was born, or, the father initiates a complaint to establish paternity through a DNA test. If paternity has not been established in one of these two ways, the unmarried father has no parental rights.

Also, under current law an unmarried father of an unborn child has no parental rights.

Types of Custody of Children of Unmarried Parents

Once paternity is established, the unmarried father can then negotiate for parenting time (formerly called visitation) or custody. There are three general types of custody in New Jersey; joint legal custody (which is presumed absent a finding that one or the other parent is unfit), joint custody, and sole custody.

Joint Legal Custody of a Child of Unmarried Parents

For joint legal custody, one parent is the parent of primary residence, where the child will reside for the majority of time, and the other is the parent of alternate residence, where the child will go for parenting-time. However, both parents with joint legal custody have equal right to determine issues regarding their child’s health, education and welfare.

Joint Custody of a Child of Unmarried Parents

Joint custody is where the child resides on an approximate 50/50 basis with each parent. This generally requires that the parents live in the same vicinity and that they can communicate effectively and cooperatively about parenting issues. They are each still afforded equal right to determine issues of the child’s health, education and welfare.

Sole Custody of a Child of Unmarried Parents

Sole custody is generally awarded when one parent is not able to actively take care of the child and so the child lives with one parent primarily. The parent with sole custody makes all determinations regarding the child’s health, education and welfare. The non-custodial parent may still have parenting-time with the child but it may be limited as to time and place and in whose presence the visits takes place.

Standards for Establishing that a Parent is Unfit in NJ 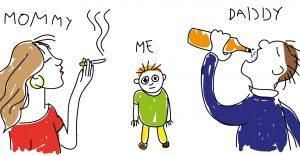 An “unfit parent” is one who is unable to provide a safe, secure, nurturing home for their child. The concern is that the parent’s inability to provide a secure environment may put the child at risk of suffering emotional psychological, or physical harm. A parent may be deemed unfit if he or she has been abusive, neglectful, or failed to provide proper care for the child. A parent with a mental disturbance, addiction to drugs or alcohol, or anger management issues may be found unfit if he or she cannot care for the child or puts the child at significant physical and/or emotional risk as a result.

Does an Unmarried Father Have to Pay Child Support?

The answer is, probably.  In NJ if paternity is established, then an unmarried father will likely pay support.

When Is a Child of Unmarried Parents Old Enough to Decide Which Parent to Live With? 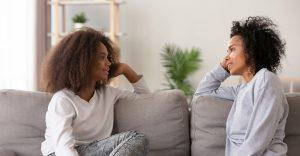 In New Jersey, there is no hard and fast answer to this question. There is an unwritten rule in NJ that a child should have an influence on child custody determinations at age 14. However, certain situations may allow for a child to have influence at a younger age.

New Jersey courts have allowed a child as young as 12 to influence the custody arrangement, providing that the child is of sufficient age and capacity to reason.  Needless to say, this is a highly subjective standard and involves the judge interviewing the subject child.

Do I Need a Lawyer to File a Non-Dissolution FD Case in New Jersey Family Court?

The court system can be confusing and it is a good idea to get a lawyer if you can. If you cannot afford a lawyer, try contacting the legal services program in your county to see if you qualify for free legal services.

If you do not qualify for free legal services, your county bar association can help you find a lawyer. Your and your children’s future is important. It is much less stressful and less expensive to have a lawyer from the start and have the custody proceedings go as smoothly as possible than to try to represent yourself in court, get confused or obtain a result from the court that you do not like, and then try to get a lawyer to fix it after the fact.