Can I Change Child Custody Without Going to Court?

Can I Change Child Custody Without Going to Court?

The short answer is yes. However, if you decide to make changes to the child custody arrangement without an attorney and without going to court, there will be no legal document binding the parties to those changes. This can  create more problems than it solves. 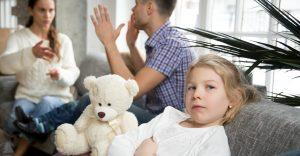 How to Change Your Custody Agreement

First, let’s talk about how the child custody arrangement is typically made and then changed through the court and with the help of your attorney.

In New Jersey, determining child custody is straightforward. Your lawyer will file a petition in family court explaining what you want and also legally justify why you should get it. This petition must be made in the NJ county where the child resides, not where you reside if different. Also, if your child is now living in a different state, the petition must be made there, not in New Jersey.

If you are in the process of filing for divorce, your custody request will be handled as part of the divorce complaint.

Perhaps the most contentious legal issue to emerge from divorce is that of child custody. You may want a child to live with you exclusively, or perhaps you don’t like how the other parent is raising your child. Deciding whom a child lives with and who makes the child’s school and healthcare decisions is emotionally-charged and life-altering, for both parents and children.

What are the Child’s Best Interests?

This is the standard by which a judge determines the child custody arrangement.

Every situation is unique. The goal of a custody case is to determine what custody arrangement is in the best interest of the child and that is a fact-sensitive inquiry – your attorney can help you gather and argue the facts you need to get the custody arrangement you think is best. 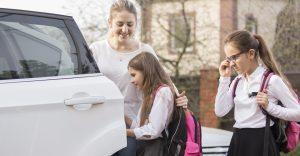 What is the Difference Between Physical and Legal Custody?

In New Jersey, legal and physical custody are separate powers. The parent who has physical custody has actual possession of the child. The child lives with that person. Legal custody is the right to make decisions for the child such as authorizing minor surgery or signing release forms for a school trip.

Both types of custody can be shared between the parents. If the parents are living separately, the custody arrangements need to be settled by a judge’s decision and memorialized by a court order that is binding upon all parties.

In New Jersey, custody can be summarized by these three possible arrangements:

Sole and Joint custody are defined by New Jersey law. Unless the other parent is found abusive, a parent with sole custody must still make arrangements for the child to have time with the other parent. The statues provide no guidance for what constitutes “appropriate parenting time”, and this is a frequent spark of custody battles.

Changing Child Custody If There Is a Change in Circumstances 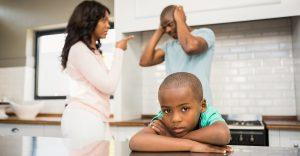 Changing Child Custody Without an Attorney and Without Going to Court

If you are determined to try to change your current child custody arrangements without the help of an attorney and without going to court, here are the problems that will arise:

Any change in the child custody arrangement between you and the other parent is not enforceable.

The court can only enforce the original order. This is a problem because one parent might wake up one day and decide he or she no longer wants to honor the changes you made. Unfortunately, that would be well within their legal rights.

If the terms of the initial child custody order are not legally modified by a judge, you have no grounds to enforce the new agreement. If you continued to operate under the new agreement without the consent of the other parent, that parent would have the full support of the court and you would be in the wrong.

The new agreement might be mutually beneficial at first, but without the structure of a court order disagreements can and will arise.

Unfortunately, the old saying “Give someone an inch and they’ll take a mile” applies when parents try to modify the child custody arrangements on their own. Having to renegotiate the terms of custody on the fly opens a Pandora’s box of problems for both parents and for the child, and will just result in more family arguments.  Isn’t this what you went to court to avoid in the first place?

Can I get full custody of my child without going to court?

Unfortunately, this is a common question. A parent may feel that depriving their ex-spouse of custody is in the best interests of their child for any number of reasons, among them:

While again, it is possible to change custody arrangements without going to court, it is unlikely that a parent would give up custody willingly, and there would be no way of enforcing your agreement if he or she did initially agree to give up custody but later had a change of heart. Also, if you withhold the child from the other parent, you would be violating the existing custody or parenting time order and the other parent could petition the court to enforce it. 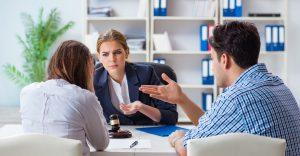 When the safety and well-being of your child is at stake, there is too much at risk to try to get full (“sole”) custody without going to court. Under these circumstances it is essential that you consult with an experienced family law attorney and seek a court order, so that if you are granted sole custody of your child that order can be enforced by the courts.

If you’ve had a change in circumstances, or, you feel that you must have sole custody for whatever reasons, contact us today for a consultation and let us help you get the best result for you and your children.